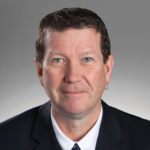 Dr. David A. Pearce is Executive Vice President of Innovation and Research for Sanford Health. He also serves as Executive Vice President of Sanford Research and is a senior scientist with the Sanford Children’s Health Research Center. He is also a Professor for the Department of Pediatrics with the University of South Dakota Sanford School of Medicine. He also serves on the Board of Directors for Alliance for Cell Therapy Now.

He is one of the world’s leading researchers of Batten disease and also established the Coordination of Rare Diseases at Sanford (CoRDS) program.

Dr. Pearce heads the leading lab in Juvenile Batten disease research. He has been researching Juvenile Neuronal Ceroid Lipofuscinosis (Batten disease) since 1997. His research has led to the first clinical trial for Juvenile Batten disease. He has published over 100 research papers on Batten disease. He also oversees a national registry for rare diseases known as the Coordination of Rare Diseases at Sanford (CoRDS). He has served on numerous U.S. National Institutes of Health (NIH) review committees, has organized rare disease workshops for the National Institute for Neurological Disorders and Stroke (NINDS) arm of the NIH and is currently a member of the executive committee for the International Rare Diseases Research Consortium (IRDiRC).

In his role as Executive Vice President of Innovation and Research at Sanford, he is responsible for overseeing the development of research programs across Sanford’s nine-state footprint, including more than 450 researchers, eight research centers and more than 300 ongoing clinical trials. With this, he is also responsible for commercialization of select research strategies, as well as integrating Sanford Research operations into Sanford Health International Clinics. Driven by Dr. Pearce’s passion for developing patient-centered, impactful research programs Sanford Research is uniquely positioned to provide translational research that can bring important discoveries from bench to bedside, improving the quality of care.