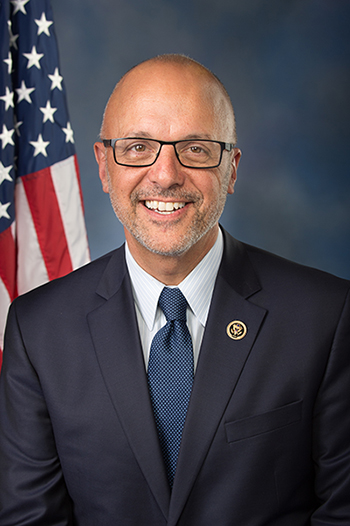 Noted by the South Florida Sun Sentinel for his accessible personality, sense of humor, and thoughtful approach to the issues, Ted has proven himself to be an energetic advocate for the priorities of his constituents. Ted’s priorities in the 117th Congress include promoting economic opportunity in South Florida, reducing the influence of big money in our elections, gun violence prevention, fighting for full equality for all, and advancing the security interests of the United States, Israel, and our allies. Learn more about his legislative priorities here.

Ted and his wife Jill have lived and worked in South Florida since 1997. Prior to holding public office, Ted enjoyed a successful career as a commercial real estate attorney. Born and raised in the working class community of Bethlehem, Pennsylvania, Ted is the youngest son of the late Jean and Bernard Deutch, a World War II veteran who earned a Purple Heart at the Battle of the Bulge. A graduate of the University of Michigan and the University of Michigan Law School, Ted earned the prestigious Harry S. Truman Scholarship. His passion for serving the community inspired him to run for the Florida State Senate in 2006.