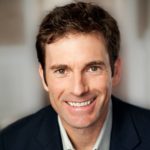 Kyle Davis Richardson, board member and Co-Director of Healthcare Initiatives, NFL Alumni Association, is a former National Football League (NFL) player and a graduate of Arkansas State with a degree in Bachelor of Fine Arts in Graphic Design.  He is currently a successful entrepreneur living in Baltimore, Maryland. Over a 9-year NFL career, he played for six teams, including a four-year stint with the Baltimore Ravens that included a Super Bowl championship. While with the Ravens in 1999, he set a then NFL record for landing 39 punts inside the 20-yard line.  During his NFL career, Kyle was also very active in charitable endeavors, raising thousands of dollars to support the ALS Association.

During his playing career, Kyle’s entrepreneurial interest was piqued.  Following his playing days, Kyle became Managing Partner for 1st National Title in Baltimore, MD, where he was responsible for helping bring in new business and delivered major accounts such as CitiMortgage, Wachovia Bank, and HSBC.  Within two years, he helped turn the company into one of the largest title companies within the state of Maryland.  In 2008, Kyle also became a board member of GreenConencted.com, which helps promote environmentally sustainable companies to the marketplace.

In 2010, Kyle launched a sports website called AthleteTransitions.com, which helped athletes in various stages of their career become more well-rounded in financial education and life strategies. In 2011, he and his business associate, Matt Stover, sold the start-up to NFL Properties, LLC.

Kyle became a 2012 member of the Shock Trauma Board of Visitors and is an active advocate for one of Maryland’s greatest safety blankets to its citizens.  Also, in 2012, Kyle was introduced to Tom Hudson and Marty Ostendorf and the three of them founded Caring One, and Kyle stepped into the role of Vice President of Sales and Marketing. Leveraging relationships, he has built over the years, Kyle assumed the role of President of the company and now oversees the day-to-day operations. Utilizing his experience in the field of healthcare, Kyle builds upon his entrepreneurial approach to help Caring One clients achieve their goals and meet their expectations.

In 2015, Kyle was elected President of the Baltimore National Football League Alumni Chapter, a 501c3 charity that has given thousands of dollars to various local community programs with efforts on feeding homeless school children, scholarship-giving, and various STEM programs throughout the state of Maryland.  During the past year, Kyle has been elected to the national board of directors for NFL Alumni Inc. with direct involvement of the NFLA initiatives in health and wellness for all members. In the same year, Kyle was also elected to the NFLA’s Board of Ethics for a three-year term.