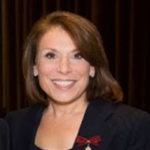 Dr. Robin L. Smith, age 54, is a global thought leader in regenerative medicine – one of the fastest growing segments of modern-day medicine. She received her M.D. from the Yale School of Medicine and an MBA from the Wharton School of Business. During her tenure as CEO of the NeoStem family of companies (NASDAQ: NBS now CLBS), which she led from 2006 to 2015, she pioneered the company’s innovative business model, combining proprietary cell therapy development with a successful contract development and manufacturing organization. Dr. Smith raised over $200 million, completing six acquisitions and one divestiture while the company won an array of industry awards and business recognition including a first-place ranking in the tri-state area (two years in a row), and eleventh place nationally, on Deloitte’s Technology Fast 500, and Frost & Sullivan’s North American Cell Therapeutics Technology Innovation Leadership Award.

Dr. Smith coauthored two books: Cells Are the New Cure (2017) and The Healing Cell: How the Greatest Revolution in Medical History Is Changing Your Life (2013). She maintained a regular column for the Huffington Post for six years. Dr. Smith has been widely recognized for her leadership in health care and has received the Regenerative Medicine Foundation (RMF) 2019 Stem Cell and Regenerative Medicine Action Award for International Diplomacy in 2019 and the 2018 HEALinc Future Health Humanitarian Award.  She has been widely recognized for her work as a female entrepreneur and received the Business Intelligence Group’s Woman of the Year Award in 2018 and the 2018 Gold Stevie® Award for Woman of the Year – Government of Non-Profit. She is also a winner of the 2014 Brava! Award, which recognizes top women business leaders in the Greater New York area. Dr. Smith was elected to the 2018 NACD Directorship 100: Directors list by the NACD Directorship magazine for her work and expertise in corporate governance. She was also a finalist for the 2014 EY Entrepreneur of the Year Award for the New York area, recognizing entrepreneurs who demonstrate excellence and success in the areas of innovation, financial performance, and personal commitment to their businesses and communities. In April 2016, Pope Francis awarded Dr. Smith Dame Commander with Star Pontifical Equestrian Order of Saint Sylvester Pope and Martyr. Dr. Smith was awarded the Lifetime Achievement in Healthcare and Science Award by The National Museum of Catholic Art and Library in May 2017.

In 2007, Dr. Smith founded the Stem for Life Foundation (SFLF), a nonpartisan 501(c)3 educational organization devoted to fostering global awareness of the potential for regenerative medicine to treat and cure a range of deadly diseases and debilitating medical conditions, as opposed to merely treating their symptoms. In 2010, in order to bring the charity’s mission to a global audience, Dr. Smith forged a historic, first-of-its-kind partnership with the Vatican. As part of this relationship, the Vatican and SFLF collaborate to create high-profile initiatives that help catalyze interest and development of cellular therapies that could ultimately reduce human suffering on a global scale. Dr. Smith has served as chairman of the board and president of the SFLF since its inception and has been expanding its mission further under the Cura brand.

In 2016, under Dr. Smith’s leadership the foundation launched Unite To Cure, a global health movement that builds bridges between doctors, health systems, patients, business leaders, regulators, investors, politicians, philanthropists, and leaders of faith to collaborate and speed the development of cures, impact human health and save lives. The April 2018 global Unite To Cure event held at the Vatican, reached over 2.5 billion people standing alongside the World Economic Forum in Davos, Switzerland. The moderators included Dr. Sanjay Gupta, Dr. Mehmet Oz, Meredith Vieira and Dr. Max Gomez. Pope Francis delivered remarks to the participants and the event featured an array of influencers, including Dr. Francis Collins, 47th U.S. Vice President Joseph R. Biden, Katy Perry, Tony Robbins, Deepak Chopra, musician Peter Gabriel, and over 300 of the world’s leading doctors, scientists, philanthropists, regulators, ethicists, patients and thought leaders from around the globe. There were over 3,000 separate news stories that flowed out of the Unite To Cure event and social media posts, bringing Cura’s message of hope and healing to nearly 3 billion people.